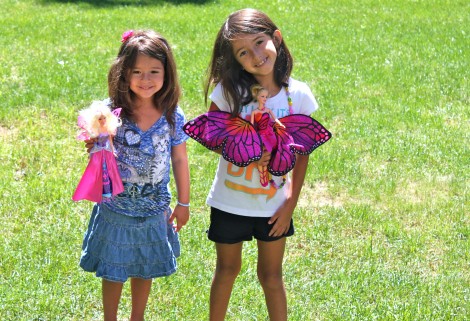 With two elementary school aged girls in the house, Barbie has become one of the most played with toys in our house.  Frequently Barbie movies are playing on the television.  Mariposa happens to be one of our favorites.  When we were given the opprtunity to review the Barbie Mariposa and the Fairy Princess Dolls the girls were beside themselves. 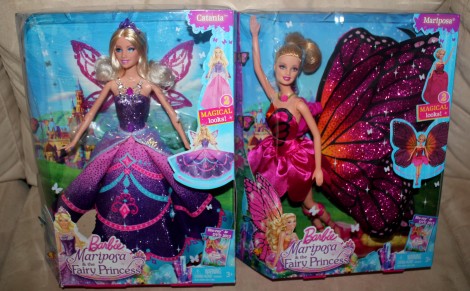 They both agreed that the dolls were beautiful and they loved how they were changeable.  They spent hours outside playing with their Barbies, using imagination to make a world for Mariposa and Catania. 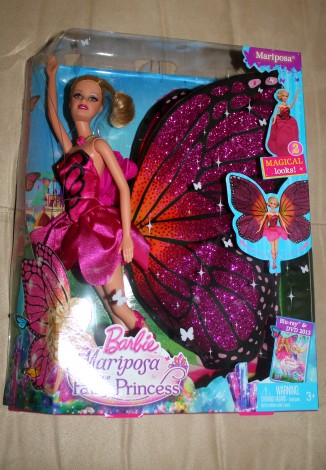 Based off of a movie character, Mariposa’s dress transforms into beautiful butterfly wings taking her from princess to butterfly with just the push of a button. The button blends in perfectly by being a part of the necklace. 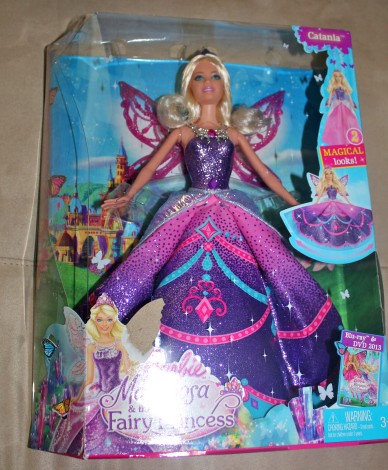 Mariposa’s friend is the fairy princess Catania. With a simple touch of a jewel her plain princess dress is transformed into a gorgeous ball gown.

Both of these Barbie dolls are sure to please any Barbie, princess, or fairy loving child.

The girls are now so excited and anxiously awaiting the release of the new Barbie Mariposa and the Fairy Princess movie.