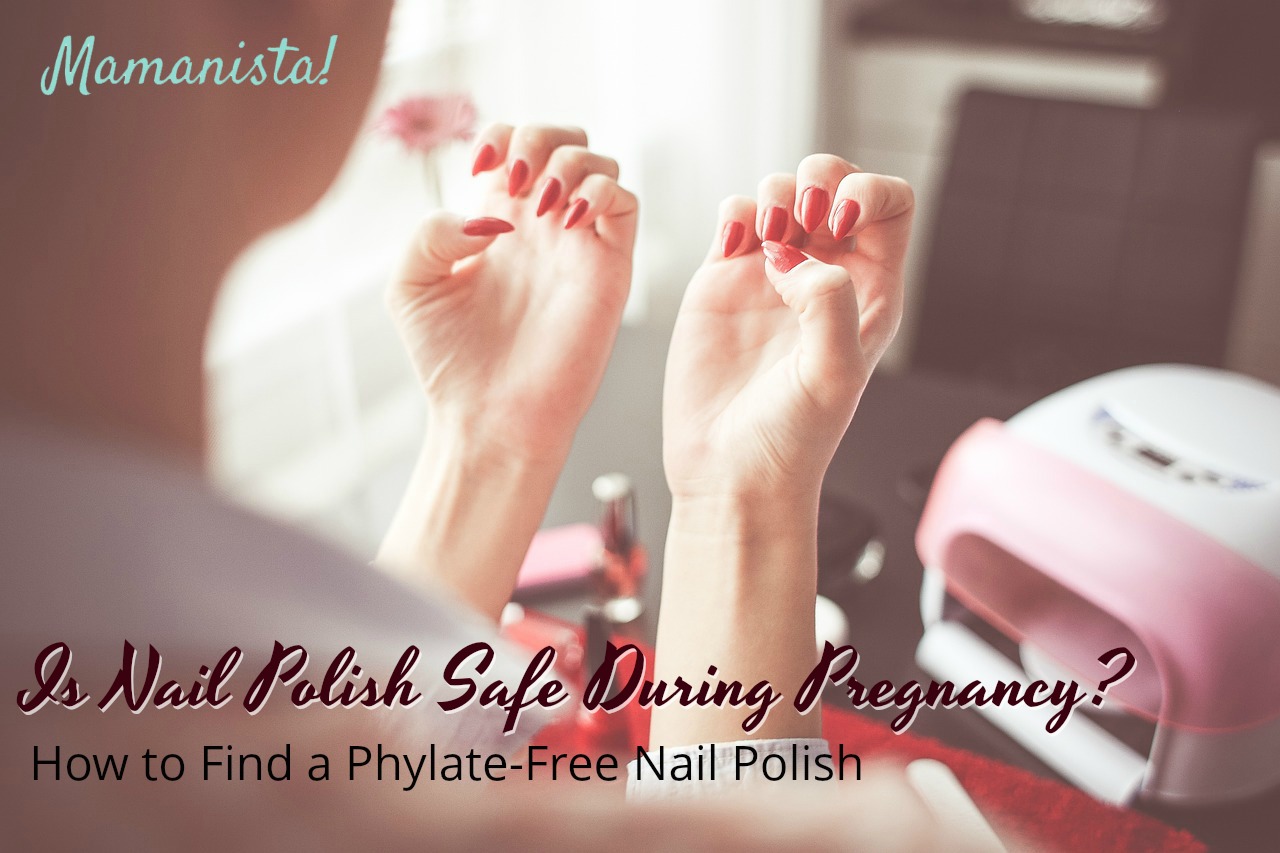 You have to avoid all sorts of stuff during pregnancy. Giving up sushi, wine, soft cheeses (brie and blue cheese) was tough…but doable. I’d ditched the hair dye and cut myself down to one cup of tea a day. I’d even resigned myself to a stuffy nose since I can’t take my regular Zyrtec-D anymore.

One of my friends recently told me that nail polish isn’t safe during pregnancy. None of the seven pregnancy books I’ve read mentioned that! Sigh! I really don’t want to give up having pretty toes and hands, so I set out to determine if there was any factual basis to the “nail polish causes birth defects” assertion.

I found an article in the CNN archives on the topic. Back in 2000, one environmental group claimed there was a connection between the phylates in nail polish and birth defects. The FDA didn’t reach the same conclusion, but the uproar still led to a lot of bad press for the cosmetics industry.

Naturally, the cosmetics industry press releases and sources stated that nail polish is safe. On the other hand, a whole bunch of sites promoting “organic” living argued it wasn’t. I wanted an even-handed summary of the “is nail polish safe during pregnancy” issue, and I ultimately found it at Babble. You can read the various arguments (2 pro, 1 neutral, 2 con) and draw your own conclusion.

My personal conclusion was that nail polish is probably not that much of a risk. However, just to safe, I’ve decided to opt for a phylate-free nail polish for the duration of my pregnancy.

I did some research and found a brand that is Toluene, Formaldehyde and DBP (aka phylate) free. Rescue Beauty sLounge Nail Polish comes in tons of pretty colors, looks great, and is completely safe. The $18 price is more than I’d usually pay for nail polish, but I think it’s worth it for my peace of mind over the next few months.