Like so many children of my generation, I watched the Smurfs on TV every Saturday morning. More than twenty years later, I can still remember the lyrics and tune of the Smurf Theme Song. “La La La-La La La, Sing a Happy Song, La La La-La La La, Smurf Your Whole Day Long!” 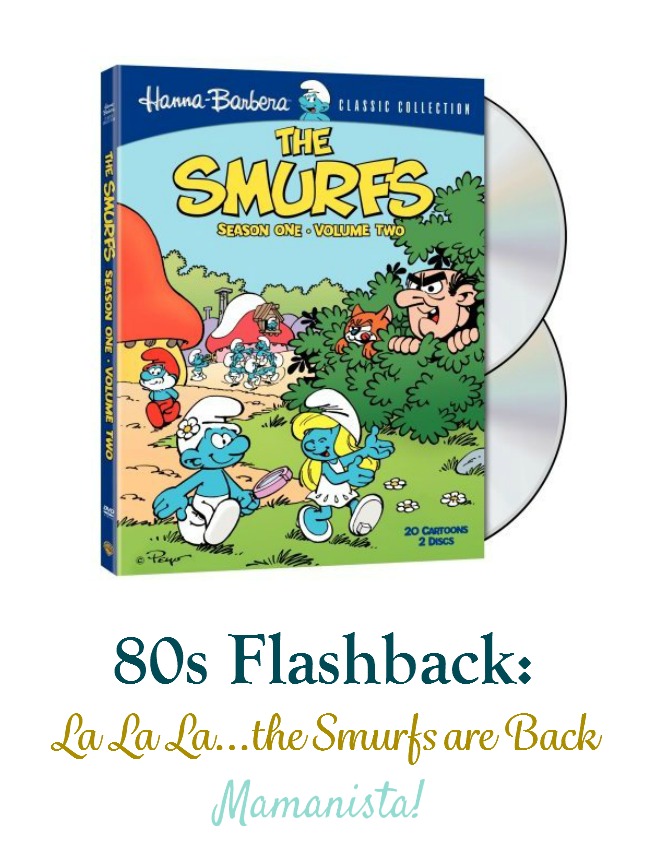 Blue, three-apples tall and prone to using the word “Smurf” as a verb/noun/adjective/adverb, the Smurfs were beloved by children worldwide. The Smurfs cartoon ran for nine years (1981-1990)– making this show a cultural touchstone for children of the 80s.

And the Smurfs are finally on DVD in a beautifully restored version with lots of special features. The Smurfs – Season One, Vol. One

was released last year, and The Smurfs: Season One, Vol. Two

was just released in October.

Even though I’m an adult now, I couldn’t resist watching this DVD and reliving some happy childhood memories. And the Smurfs were just as good as I remembered. Though some might find the Smurfs slightly cheesy or even corny, I still “smurf” the Smurfs. This is timeless, child-friendly tv with messages about love, community, harmony, kindness, forgiveness, and cooperation.

Yep…I recognize that the Smurf village is an unrealistic utopia, and it is kind of weird that there’s only one female Smurf. But does it really matter? With all the problems in the world, isn’t it kind of nice to relax for a half hour or so by watching a cheerful, cute classic cartoon with the kids? When Baby Mwah is old enough, I look forward to sharing my love of the Smurfs with him.

You can find The Smurfs – Season One, Vol. One