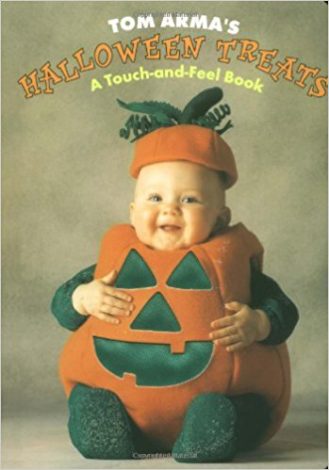 To get in the Halloween spirit, Baby Mwah and I have been reading Halloween Treats: A Touch-and-Feel Book ($6.99)

by Tom Arma, who the New York Times called “the most published baby photographer in the world.” Baby Mwah loves looking at these sweet, cuddly babies all dressed up for their very first Halloween in adorable costumes. He can pet the fuzzy polar bear, touch the satiny jack-o’-lantern costume, feel the queen’s velvet robe, the farmer’s denim overalls and the ballerina’s lacy tutu.

Looking at these beautiful, heirloom-quality costumes inspired me to find a photogenic costume for Baby Mwah. It’s easy to see why the Wall Street Journal called Tom Arma “the Armani of the kiddy costume world.”

I plan to make baby’s first Halloween memorable with a fun infant Halloween costume that suits his budding personality. I’m going to pick up a matching costume for myself and join in the Halloween festivities.

Here are my favorite Halloween costumes from Halloween Express

. For a chance to win a gift certificate from Halloween Express

, leave a comment telling me your favorite costumes for mom, dad, child or baby. 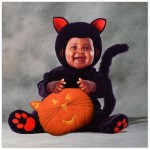 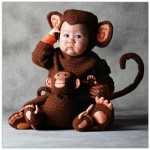 ($49.99): A true Halloween classic. And I could dress up as either a witch or as a black cat too. With baby looking so cute, how could this sweet costume possibly be unlucky?

($59.99): I’m absolutely bananas about my baby, so perhaps this is a fitting choice? I could dress as a banana, as the (wom)Man in the Yellow Hat from Curious George, or as Jane from Tarzan. As an added bonus, I could carry baby in my brown sling for hands-free convenience while treat-or-treating.

Tom Arma Butterfly ($59.99): This costume is breathtaking. I could dress like a flower or a twig. Or if I’m feeling even more adventurous, I could wear a sexy costume like a woodland fairy or autumn nymph. While I would feel spritely in the fairy costume, I fear that my baby boy might resent being dressed as a butterfly for his first Halloween when, as a young man, he looks at his baby book.  He’s too young to object now, but I suppose I should take his future feelings into consideration. But if I had a girl, I wouldn’t be able to resist this costume. 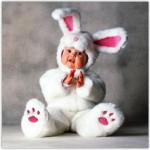 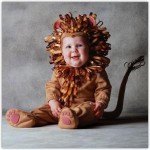 Baby would look so cuddly as a fluffy white bunny. He loves to bounce and enjoys eating carrots, so this costume might make him “hoppy.” I’m a fairy tale fan, so I would enjoy dressing as Alice, the Queen of Hearts, or  the Mad Hatter.

Tom Arma Lion ($59.99): Baby isn’t one bit cowardly, but he is king of the jungle (themed nursery). Since I agree that there’s no place like home, I would make a natural Dorothy. But I have memorized all of Glinda’s songs from “Wicked,” so being a Good Witch would be fitting as well. And who doesn’t want a “pop-u-lar” costume?

are sold exclusively at HalloweenExpress. These costumes sell out every year. So if you see one you like, buy it now and take lots of pictures. Don’t forget to enter your baby in the Tom Arma Baby and Toddler Photo Contest at Halloween Express

(Code is valid on everything except Tom Arma and gift certificates.)