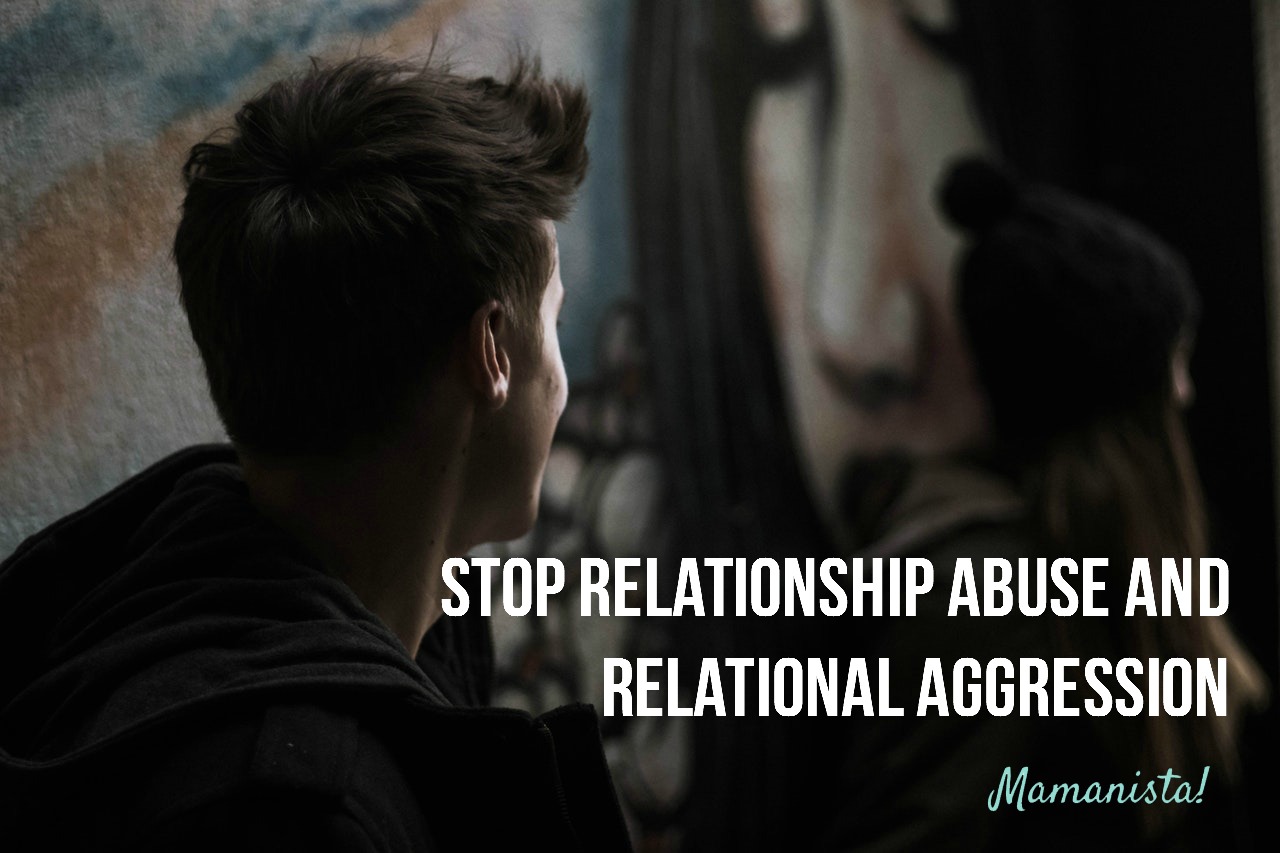 Love is not abuse. 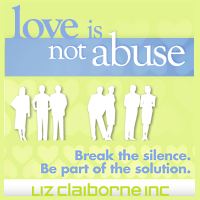 Too often, however, people become entangled in abusive relationships they mistake for love.  Having seen high school from two sides now (as a student and then as a teacher), I know that this cycle of violence begins early for many of our teens.

When I got the invitation to Liz Claiborne’s “Its Time To Talk Day” and realized I might not be able to go, I immediately forwarded it to my college friend, writer and blogger Nicole Caccavo Kear at A Mom Amok.  She has a very informative write up over on her blog and gave me permission to highlight a few points here on Mamanista and later on Bloganthropy.

Talk about and model healthy relationships

Everyone I spoke to highlighted the importance of this, no one more persuasively than Ann Burke, whose 23 year-old daughter Lindsay Burke was murdered in 2005 by her jealous ex-boyfriend. Burke is an educator and a founding member of MADE, (Moms and Dads for Education) to Stop Teen Dating Abuse, and she says that you shouldn’t assume your kids know what a healthy relationship is, just because you have a happy family. Our kids get so many negative, confusing, misleading messages about what love is from the media that it’s crucial for you to talk to them about what behavior is acceptable between two people that care about each other.

I’ve seen this many times.  Teens can get caught up in what they see as the romance of a dangerous situation.  The abuser cultivates an “us against the word” feeling that isolates the victim further.

We need to not only model good, healthy relationships for teens, we need to take the opportunity to explicitly discuss with them what that means.  Teens are new at romantic love and they need to hear, early and often, that someone who loves you does not belittle you, scream at you, or hit you.  They need to know these are non-negotiable in a relationship.

And the abuse is not only limited to Romantic relationships.  Schools have always had bullies but the pervasiveness and anonymity of the online world have taken these attacks a step further.

We should remember too that our children are susceptible to a form of abuse we never had to grapple with, and that’s digital abuse.

Because so many forms of social media are so new, we don’t yet have systems in place to protect users from abuse, and we are only now starting to understand the important of teaching kids online ethics.

Shoket says that 38% of girls polled in Seventeen say they wish they could escape social media. That’s more than a third. And it makes sense, because abuse is so easy and seemingly without consequence on the computer screen. I spoke to Jason Rzepka, VP of Public Affairs at MTV, who just launched a big campaign against digital abuse called A Thin Line, and he explained that many teens who are participating in what we’d consider abusive language and behavior online, view what they’re doing as no more than a joke. Part of what makes digital abuse so pervasive, he says, is that people are also emboldened to say and do things on a computer screen that they’d never do in person, because it just doesn’t seem real. Of course, the effect on the people targeted is real, not only real but relentless, because today we have our phones and computers and iTouches with us 24/7, day and night, so that there is really no escape.

So what can you do about digital abuse? The first step is to teach children online ethics: that social media is not a game, but has real consequence for real people. Respect and kindness are as important online as they are in person. Hitting delete when you get a humiliating message or compromising photo of someone is as easy as hitting forward. We have to go over the basics, because if we don’t, no one will.

That’s a good message for us all.

Children have a tough time standing up to their peer group out of the desire to fit in and the fear that if they speak up they will be the next target.  What we need to understand is that if we do not speak up, the one thing that is certain is that there will be a next target.

We need to cultivate empathy in our children–how would you feel if that was your picture?

And we need to break things down into manageable steps.  If a child is not ready yet to stand up and say “That is not okay!”, he can still, as Nicole pointed out, hit delete rather than forward.

I’d like to hear more about how social media could possibly help victims of abuse as well.  Possibly empowering them with information, strengthening social ties for those who might otherwise feel isolated, and even giving them easier access to resources that might help them break the cycle of abuse and violence.

Anyone who loves a teen should check out the resources, curricula, and other information at LoveIsNotAbuse.com.

As parents, family members, and educators out here in the digital space, what can we do not just for our own children, but for any vulnerable teen or adult?  How can we prevent these forms of relationship violence and help victims transform themselves into survivors?