Remember what it was like to be a kid?  Not the carefree, chasing butterflies days but the no-one pays-attention-to-me-except-to-tell-me-I’m-all-wrong days?

Two new DVD releases will send you right back there, complete with breathtaking views and knock-the-wind-out-of-you emotion. Neither The Fantastic Mr. Fox or Where the Wild Things Are is really a children’s film.  Although both preserve the whimsical and quirky moods of the original tales, you would be far better off reading the books to kids.  Taken off the page and onto the screen, complex, dark, and even sometimes brutal, psychological forces become a bit too palpable for these adaptations to be kids’ stuff. 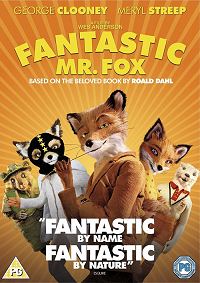 In The Fantastic Mr. Fox, the title character, voiced by George Clooney, tries to sublimate his animal nature in the name of domestic tranquility. The stop-action animated Mr. Fox visibly bristles with his predatory energy.

The characters are beautifully brought to life, no doubt, and the voice work helps to complete the world initially created by Roald Dahl (Fantastic Mr. Fox by Roald Dahl). Like most movies with anthropomorphic critters however, Fox suffers from the difficulty of rendering animals of vastly different sizes as part of the same community. I am willing to commit to a fox writing a newspaper column but a rat the same size as a fox just throws me right out of the suspension of disbelief.

When assimilation begins to destroy Mr. Fox from the inside and embracing his true nature threatens his family and friends, he seeks a subversive third path of bending the rules to his advantage. The end result is a complex compromise that parents might recognize in their own choices.

Older children able to follow the non-linear plot threads and digressions will enjoy this film along with their parents.

Dahl is a master of subtle eccentricity and film adaptations of his work run the risk of caricature.  For the most part, Wes Anderson’s The Fantastic Mr. Fox resists the urge to vamp, creating a clever, if frequently convoluted yarn. 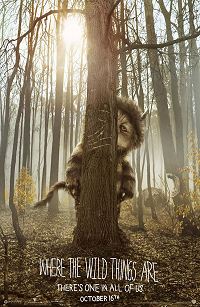 The original is a deceptively simple story of a childhood tantrum taking a flight of fancy into a land of monsters and mayhem.

Spike Jonze takes this short book and develops it into an entire world.  After exploding in frustration, Max journeys across the sea to an island of creatures where houses are literally torn apart and limbs actually lost–though the consequences in this imaginary world appear no more dire than your typical tempestuous day.

The alternately petulant, naive, cruel, credulous, playful, and petty monsters seem to have internalized and personified the insults adults sometimes carelessly toss at children.  Unable to control the emotions inside of himself or understand the adults around him, Max projects his internal life onto the island.

An attention to detail and an ethereal light pack an emotional punch. The CGI animation of the puppet faces displays a deft restraint often lacking in computer animation. The movie is a full actualization of the inner turmoil all but the most freakishly-well-adjusted will recall from childhood.

With great bravado, Max becomes king and sets out to be a more benevolent ruler than the adults in his life.  In the topsy turvy world of his own creation, however, he finds himself in a precarious position.  He completes his journey with a bittersweet homecoming that has both the joy and the loss of growing up.

Ultimately, The Fantastic Mr. Fox and Where the Wild Things Are are adult fantasias of their memories of childhood, told through two beloved childhood stories.  Darkness will always have a place in children’s stories.  In the theater of a child’s imagination, dimming the lights can help develop the storyline.  The difference between these two releases and a movie like Coraline, the adaptation of the Neil Gaiman book, is a matter more of audience than tone.  Children don’t need to be reminded what it is like to be young but adults cannot get enough of nostalgia.