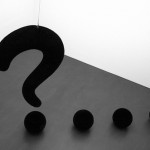 Predicto Mobile sent us some interesting celebrity baby forecasts for the remainder of 2010. Thousands of their subscribers weighed-in. Is a crowd-sourced oracle more prescient than experts or psychics? We’ll find out if these prophecies come true:

After praising single mothers, will Jennifer Aniston announce that she’s adopting a child by 10/30?

Since she wants to expand her family, will Jessica Alba adopt a child this year?

Now that Penelope Cruz and Javier Bardem are married, will they announce they are expecting their first child by 9/15?

Expecting their third child, what will John Travolta and Kelly Preston have?

Since a woman claims she’s pregnant with his child, will Levi Johnston be revealed as the father by 11/1?

Since it has been rumored that a ‘Hills’ cast member is pregnant, will Audrina confirm it is her by 9/10?

Previous Post
What do you want to be when you grow up?
Next Post
Restaurant.com Coupon Code for 80% OFF