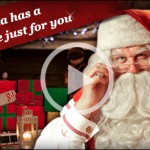 Christmas came early this year when Santa sent a message to my son through his virtual console, otherwise known as the Portable North Pole. I was a bit dubious about his reaction at first. At 4, my son is getting smarter by the day and at this age, I wasn’t sure if a message from Santa would help or hurt Santa’s cause but I thought I would give it a try since it looked so cute and he still believes in the jolly old Saint Nick. Why not?

So, I logged in. It was very easy to get started. I was given the options of picking child versus adult, naughty or nice or a little of both. I picked “Nice” despite various incidents with his younger brother scrolling through my mind. You then select gender and add in details like name, birthday, where he or she lives and your relationship to the child.

Next comes the real fun. You enter in personal details about the personality of the child and what he or she wants for Christmas. You also add in what the child was supposed to be doing to be on Santa’s Nice List.

After that, you enter photos that the child will see in the video of himself or herself at various points. The free video allows you to enter a picture of the child and two special memories. With the premium package that I was given for review, I was also able to see & experience the following:

I then entered my email, my information and we were ready to go. Instantly, a video showed up in my inbox with the following:

WELCOME FROM SANTA (with a tour of Ice Sculpture Hall made by the elves and then, Santa’s workshop): 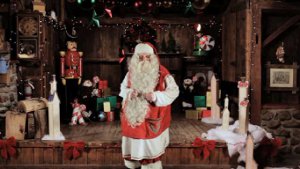 A LOOK IN MY SON’S SPECIAL BOOK (In the free version, you see still the child’s face if you uploaded an image. Pictures below show up in the paid premium package.) 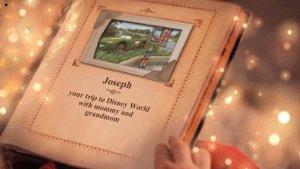 THE REWARDS Santa tempts my son with a special wrapped package since he was on Santa’s NICE list, which I had selected earlier so I knew he wouldn’t be disappointed. 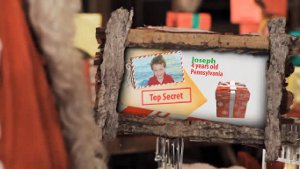 GOODBYE and MERRY CHRISTMAS FROM SANTA And, all too soon, Santa is on his way. 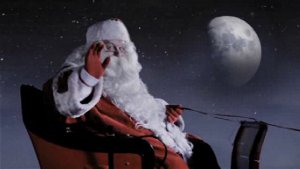 Honestly, I was surprised to see the magic of Santa’s personalized message light such big stars in my son’s eyes who has watched the video over and over and shared it with every family member and babysitter. He LOVED it and was really nervous waiting to see if he was on the good list. Watching him and his excitement made the holiday so much more fun for me.

Now, the real Santa is off to go get the present that will show up in that special box under the tree.

{Disclosure: I received a premium package for review through a promotion with Child’s Play Communications and Portable North Pole. All thoughts and opinions are my own.}