Menu
Search
Home > Back to School with Disney and Pixar’s “Monster’s University” and Disney Infinity!

The majorly anticipated sequel to Disney’s “Monster, Inc.” is just around the corner and Disney is gearing up for its June 21st debut with the release of the Monsters University Play Set within Disney Infinity. I saw a preview at the Disney Social Media Moms Celebration and am looking forward to trying it in real life! 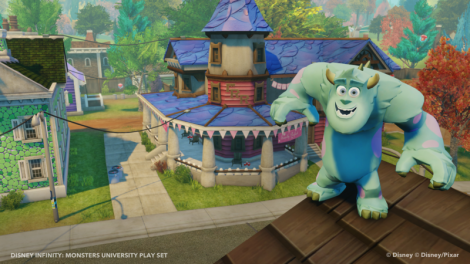 So what is Disney Infinity? It’s an all-new video game experience that stars the famed characters from Walt Disney and Pixar Studios most popular franchises, like “Monsters University”, “The Incredibles”, “Cars” and “Pirates of the Caribbean.”  You can take the video game version of your favorite character, place them onto a device called the Infinity base and transport them into the virtual game worlds of the movies, as well as into a giant Toy Box. 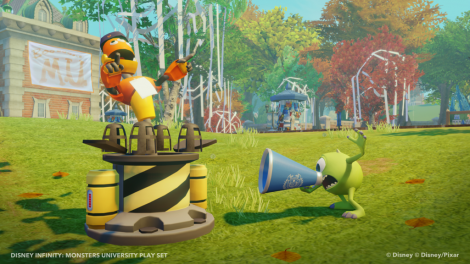 Disney is providing an in-depth peek into the Monsters University Play Set within Disney Infinity through an all new set of character images, action screenshots and a game play trailer featuring both Play Set and Toy Box modes. These assets also provide an inside look at the never-before-seen Randy character figure. Monsters University will be part of the Disney Infinity starter pack that is launching on August 18, along with The Incredibles and Pirates of the Caribbean play sets. 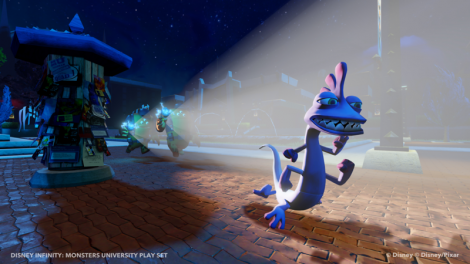 Get a sneak preview here: