While I may never see an actual Princess coronation in my lifetime, I am pretty sure a Disney Princess Coronation ceremony came pretty close.

While I was attending the Disney Social Media Moms Conference in Walt Disney World Florida just over a week ago, my son and I were thrilled to attend the coronation of Merida as the eleventh Disney princess! The heroine from the Disney/Pixar film, “Brave,” was officially welcomed into Disney royalty in a ceremony held at Cinderella Castle at Magic Kingdom Park.

Merida paraded in on her horse, Angus, with her trademark bow and arrow at her side (to the sound of a brigade of bagpipes!). The ceremony kicked off with a performance by sisters Sophia Grace and Rosie (from The Ellen Show) and the crowd was treated to a special surprise as US Olympic Gold Medalist Gabby Douglas and her mom were Disney’s special guests for the ceremony. When they walked onto the stage, the crowd went wild! One of the main themes of “Brave” was the bond and love between mother and daughter; Gabby and her mom were great role models to have on hand and very much exemplified that special bond. 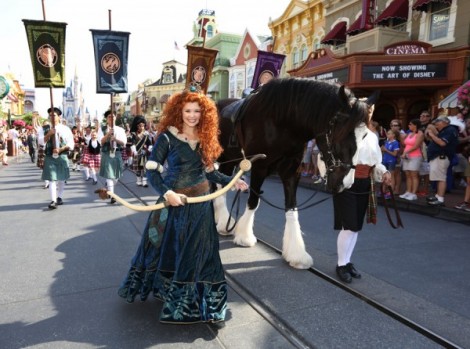 The ceremony got underway as all 10 Princesses were introduced to the Royal Court by the Royal Majesty Maker, Lady Llewellyn. It’s very rare to see all 10, now 11, Princesses together in one place! 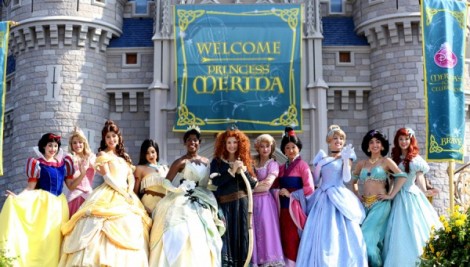 After the Royal Proclamation was made Merida’s mother, Queen Elinor, was invited onstage to do the honors. It was a very touching moment to see her crown her daughter! As the crown was placed upon her head, Merida proclaimed, “I am strong. I am brave. I am Merida. And I am a Princess.” Fireworks exploded into the sky and the ceremony was complete! 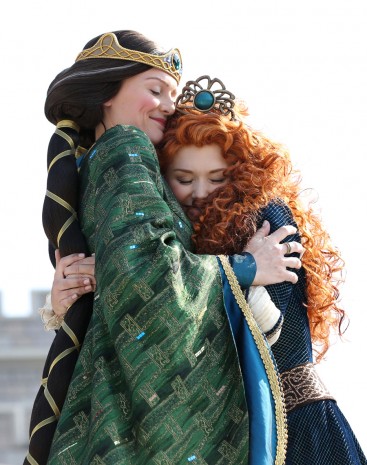 It was an amazing experience to behold and I am so grateful that we were able to attend.

pictures via of Disney Parks