Every now and then, a product comes on the market that manages something truly remarkable: delighting children while simultaneously causing extreme pride in parents.

This, my friends, is one to boast about.

Build & Imagine is a brand new line of magnetic construction sets featuring adventurous leading female characters and rich illustrated details that inspire both girls and boys to “build and imagine”.

Debuting with 3 different play-sets, Malia’s Beach House, Day at the Beach and Marine Rescue Center, each play-set is made up of “StoryWalls” that feel like you’re building a storybook setting in 3-D and then jumping in to play. 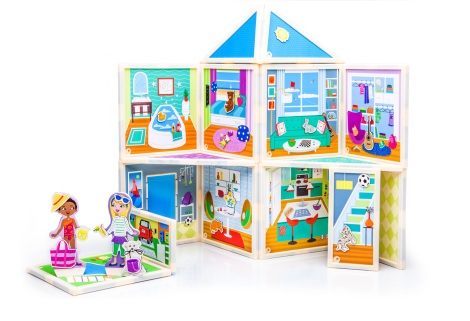 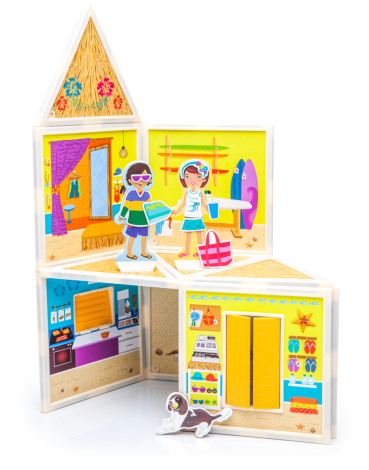 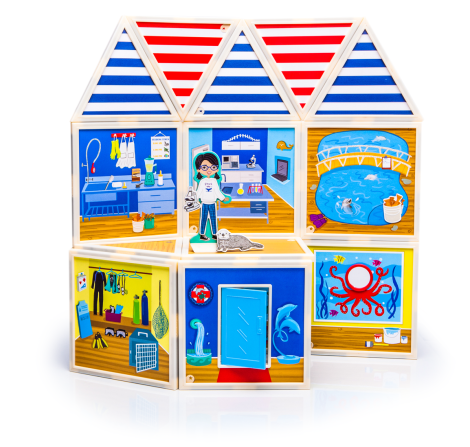 What I liked most about them is that they directly put the child in the role of designer and architect; no instruction booklet, no rules, no limits. Made for ages 4-8, these sets were inspired by the need for toys that aim to develop a child’s foundational skills for the fields of science, technology, engineering and math (STEM). According to Build & Imagine founder and inventor Laurie Peterson, “these are fields in which women represent only 24% of the workforce, leading to what the President has termed a ‘gender gap in innovation’. Toys can make a difference.”

Here’s what’s fantastic: they are made to inspire young girls to confidently engage in a category strongly catered to boys since the beginning of…forever.  Now, we are seeing quite an increase of STEM type toys on the market, ones that focus on engineering and math for the most part, and catered to girls.

So what sets Build & Imagine apart? My son provided me with the most simple answer: there’s no right or wrong and they’re easy to use.

There was no mistaking the sheer excitement on his face when he opened up his first Build & Imagine set, Malia’s Beach House. As I usually do with most toys that make their way to our home, I started off by letting him open it up himself, then watched as he let his impulses take over. 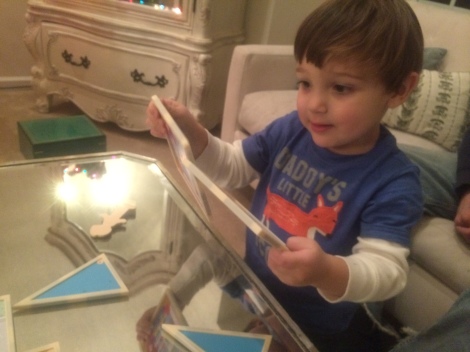 A strong feat for a toddler no doubt (remember these are made for ages 4-8), but imagine my surprise when he quickly understood the ways magnets work, how if he propped one wall up with another, they stayed in place. How he could flip and combine and rotate the pieces whichever way he wanted them to go. 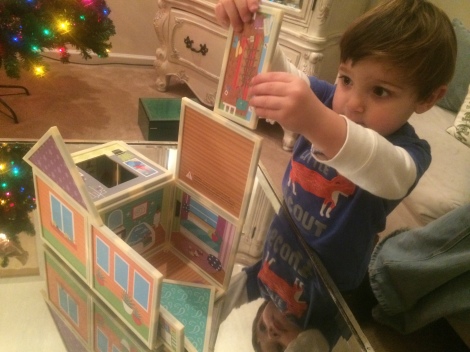 After a few minutes, my husband and I couldn’t resist jumping in. A warning here: these are truly addicting. One minute we were trying to follow the picture on the box (how original are we, ooooh adulthood), the next we were helping him make a one-story house, a tri-level house, an open space, a closed space, whatever he wanted to do.  We never once got bored with it. We laughed when we put the pool on the roof and the car inside. We screamed when we pushed it all down and tried another design. We role-played with the characters and made silly voices. He was having a blast, and honestly so were we.

It was such great fun engaging with him, watching him learn on his own how certain things work without any detailed explanations, and above all:

witnessing his complete freedom that nothing was right or wrong. Whatever he made was great, and it was all up to his imagination. The longer he played with it, the more confident he became. And to me, that’s the best part of all. If a toy manages to do that, you’ve found a winner.

Build & Imagine sets can be purchased at buildandimagine.com just in time for last minute holiday shopping.