Sometimes you just need something new, something different something that hasn’t been done time and time again. That is exactly what Caytha Jentis did when she created The Other F Word series.  The Other F Word is a comedic coming-of-age series about four women friends who deal with the highs and lows of mid-life as they reinvent themselves now that their kids are grown. 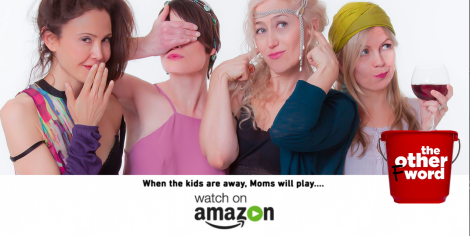 Although I cannot relate to the part about having kids that have grown up and moved out, I can relate to being a middle-aged parent on the verge of psychosis much of the time. When we are focused on our family, on building our lives, on what to make for dinner tomorrow – sometimes, we forget how important it is to have fun and build relationships outside of our tiny little families. That someday we will be those empty-nesters, and then what?

In the short, sweet and brilliant episodes, The Other F Word is a dramatic comedy series that addresses issues like ageism, sexism, re-entering the workforce, sexuality for women 40+, dating after divorce/widowhood and more. At its heart, the series is about friendship and finding oneself after the kids are grown – an adult coming of age in mid-life.

Women shouldn’t have to hide behind their age. But it seems that in Hollywood and in the media, it is an uphill battle after 40. And truly, it makes no sense. Women are in their prime now, not in their 20’s. When we are in our 20’s we are still trying to figure out the world – as we approach our 40’s and thereafter, we already have that mess out of the way and we can focus on things that matter most to US. No matter what age, we are still incredible women – and really, we just get better with age!

Caytha and her team are hard-working and committed to seeing the stories of women in midlife showcased by Hollywood. There is an audience out there for these types of shows, and she is going to show Hollywood just how big that audience really is. 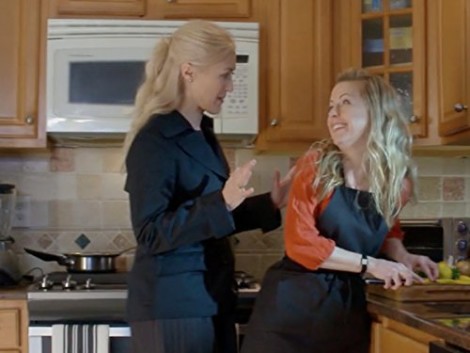 Amazon reviewers are raving about the new series – a unique story line with universal stories that all can relate to. And who doesn’t love to pull up a glass of wine and a blanket and binge watch a great comedy on Amazon? There are already women in line waiting for season 2. Amazon makes it simple to stream and get hooked until the very last episode. 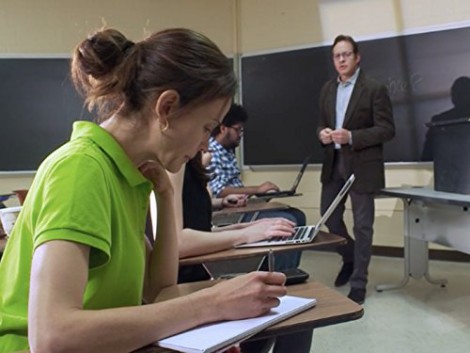 Want to see for yourself? You can watch all eight episodes, which are available now on Amazon http://tinyurl.com/TOFWseries. Go on, you know you want to see what it is all about!

Want to hang out with some other awesome + amazing women over 40? Just us for The Other F Word Twitter chat October 5th at 9pm est. Tweet along with us using #TOFWseries and find out how other midlifers are celebrating their prime! 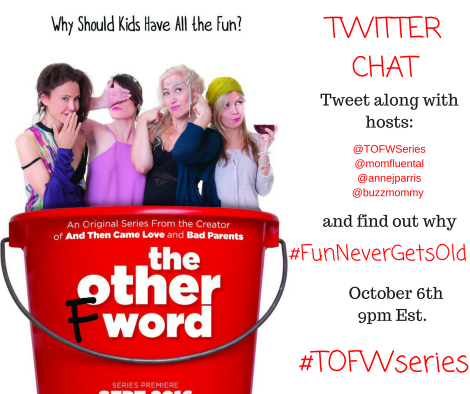