As if I were not excited enough already about Project Runway Season 10 premiering TODAY (Thursday, July 19 at 9/8c) on Lifetime, I got to meet some of the talented designers from past seasons at the High Line in New York City last night.

Who is your favorite Project Runway Designer of all time? It is easy for me to pick a favorite from each season but nearly impossible to pick just one “All Star”. Partly because sometimes I love the clothes but could never wear them or I adore the designer’s attitude but am not as impressed with the clothing or I would totally wear that designer’s clothing but it does not seem as “fashion-forward” as an entry should be in a design competition.

Even though I could only wear his t-shirts, I still adore Mondo and think his fashion is fun and original. 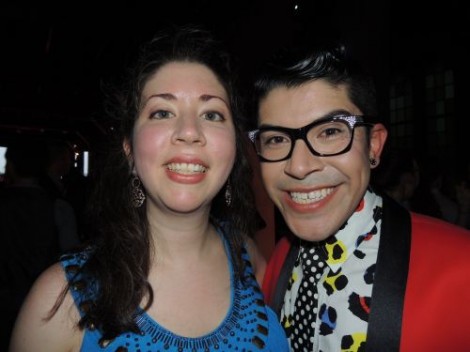 I love what Mondo is wearing here, even if I think my Yiddish Granny had the same exact pair of glasses. Although he was adorable in his Eddie-Munster-chic shorts and bow-ties, I am even more of a fan of this bold, mid-century band musician on acid style.

When I had a chance to shout a couple of questions at Mondo over the loud music, he reaffirmed what he has said all along. He thinks people should wear what makes them happy, regardless of their age or body type. And he emphasized that each of his designs is personal, they come from the heart. I think that is a huge part of Mondo’s appeal and why so many people respond to him. I love that Mondo also designs t-shirts at very accessible price points so ALL his fans can buy a piece of the Mondo vision.

During Project Runway All-Stars, I had a hard time deciding who to root for, Mondo or Austin: 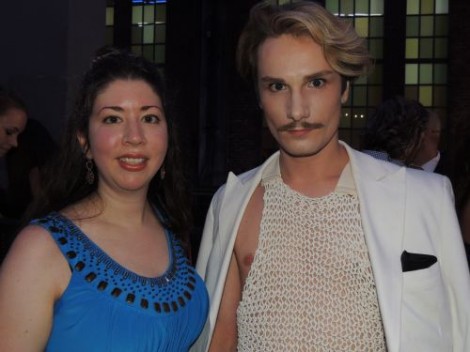 While Mondo was robbed of his victory on his season, Austin was equally robbed of the chance to compete as one of the final three. Like Mondo, Austin Scarlett truly does his own thing. You’ve seen his “Rainbow Connection” on YouTube, yes? Austin told me that he has a line of evening gowns coming out in Neiman Marcus this fall! When I was younger, I used to attend black-tie events and Austin’s gowns would have been a dream to wear! Everything he designs is so romantic and flattering. Well, almost everything…

Two designers I enjoyed meeting from recent seasons were Bert Keeter and Viktor Luna. Despite their clashes during their season, they are both truly class acts. I know my mom would rock Bert’s classic “Halston” style and I was always impressed by Viktor’s ability to turn out impeccable and thoughtful pieces quickly. Both were gracious to fans throughout the event. And props to Bert for his stylin’ summer suit. 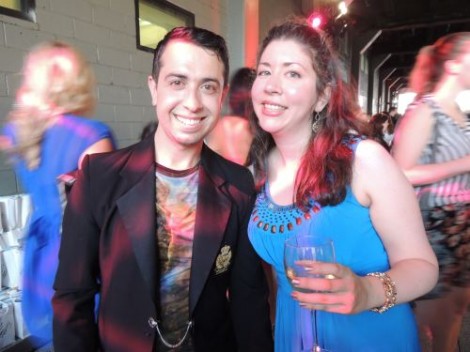 Some other interesting people we ran into were Peach, Kimberly (who looks like a model and was wearing the most impossible pair of glamorous shoes), Josh, Cassanova, Kenley, Chris March, Korto, Jay, and more. 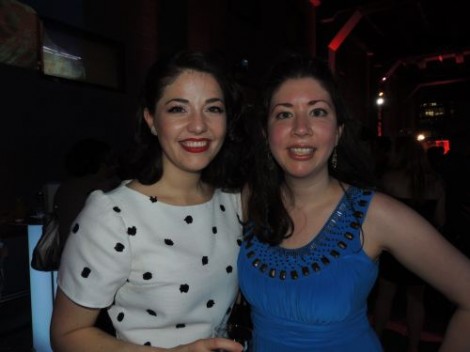 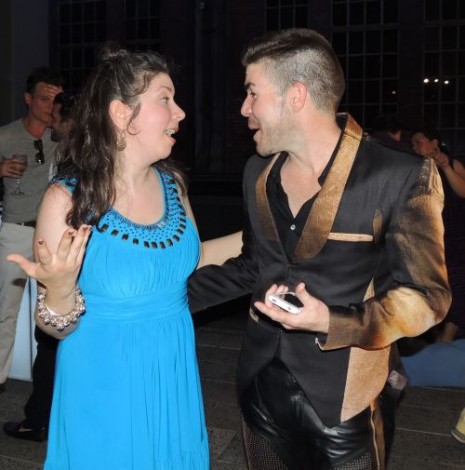 And, of course, the always gorgeous Heidi Klum. I have to give her credit (and not just for having a bunch of kids and maintaining a slamming beach body). Heidi Klum was working that crowd, chatting with reporters, and hugging designers for a good, solid two hours. She clearly cares about Project Runway and its success. Of course, she is a producer…but often wealthy and famous people seem like they cannot even be bothered to care about their own money-making endeavors. Heidi Klum is willing to put in the perspiration to make it work…even if we’ll never see her actually sweat. 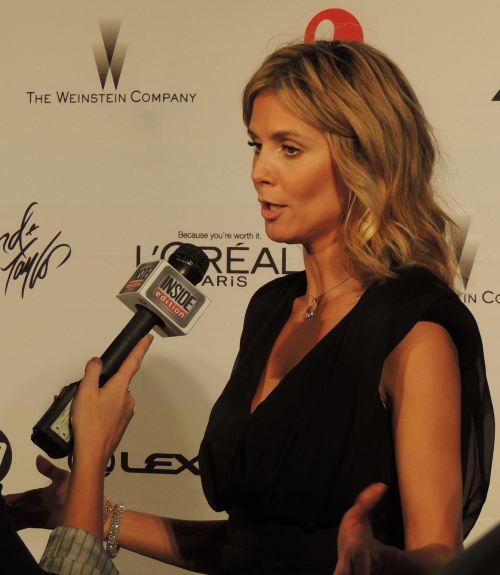 Lifetime has a great interview with Heidi about what we can expect from Season 10.

The virtual runway installation on the High Line was really neat but I couldn’t hear any of the commentary from the judges because of the event music. I wish I lived closer and could have checked it out during a quieter moment! 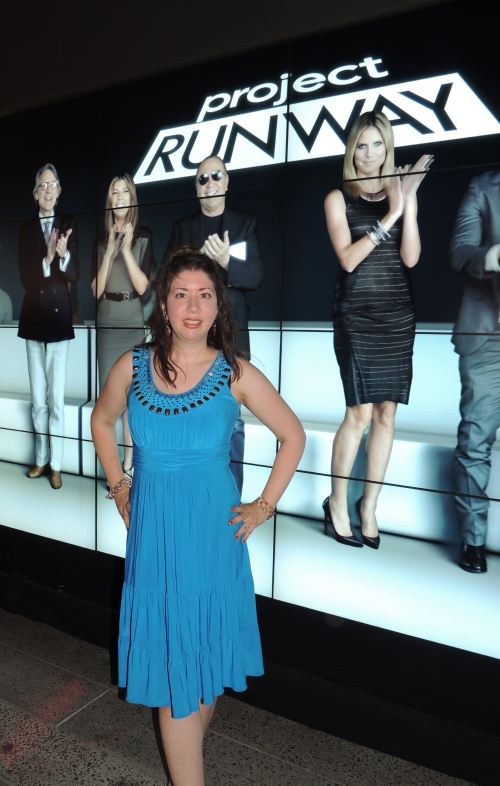 What do you think? Would the judges say I am in…or out?

What would you like to see Project Runway do to bring fresh life to Season 10? What must they bring back from other seasons? I’m looking forward to the first episode, tonight, July 19 at 9/8c on Lifetime!