After watching 9 seasons of Project Runway (plus the All Star Season!), when I received an invitation to rub elbows with the PR elite my first reaction was…sheer terror.

I mean, it is easy to be an arm-chair stylist and critique outfits as the models walk down the runway–but it is another thing entirely to imagine Tim and Heidi’s reaction to whatever ensemble I put together. 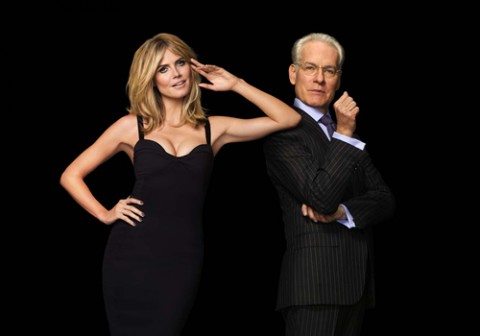 They look…skeptical…maybe even a bit disappointed, don’t they?

Okay, so maybe my first reaction was really squealing with excitement. And, no…I do not really believe that in a room filled with talented up-and-coming designers, Nina Garcia, Michael Kors, Tim Gunn, and Heidi-freakin’-Klum that anyone is going to be staring at my clothes.

Still, after nearly a decade of running commentary on others’ style choices, I feel obligated to put some erfort in.  I won’t have the advantage of a professional stylist scoring me thousands of dollars worth of loaner dresses, shoes, and jewelry but, we work with what we have, including a post-baby body (pay no attention to Ms. Klum, she of multiple child births and lingerie model body) and a modest budget.

Speaking of said modest budget, first I went shopping in my closet. Unfortunately, I have more formal gowns from my pre-kid days than I do cocktail dresses. This is what I found: 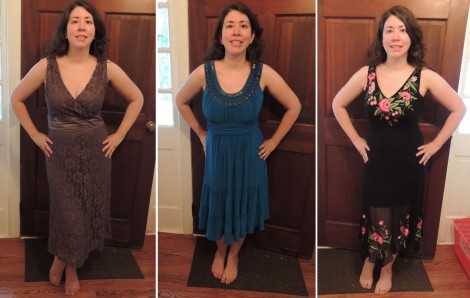 I rejected the first as too dull of a color and a little too heavy for the summer. The turquoise I worry is too casual and I am not sure about the short lining under the sheer overlay on the embroidered dress remain in the running.

Then, I went shopping! 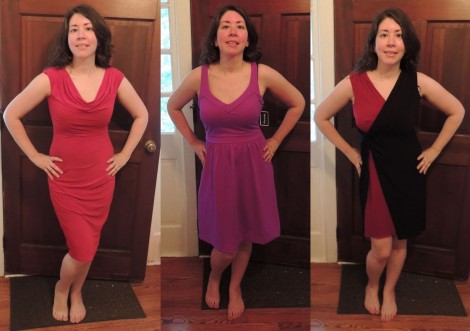 The red was too form-fitting. The purple was too casual. The red and black dress felt almost like it was designed by a contestant on Project Runway! It felt almost a little too “on-point”. 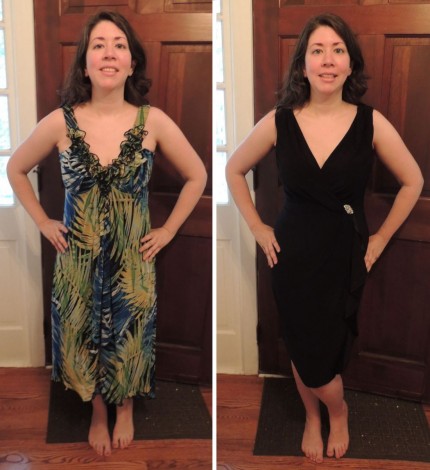 The one on the left has a summer feel but might be more right for a resort or cruise.It kind of reminds me of Uli! The black dress fits perfectly but seems a little too simple for a “fashion” event.

Of course, I do what any blogger would do…I crowd-source my outfit. After uploading the four top contenders on Facebook and sharing with my friends, I am more confused than ever!

What do you think I should wear? Which dress is in, and which is out?

And, tell me, which designers and which judges would you want to meet? What would you ask them? 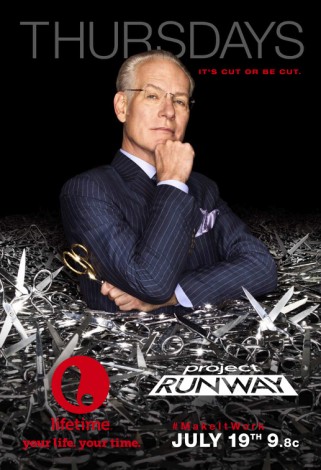 Will you be tuning in for the 10th Season of Project Runway, July 19th at 9 pm / 8 pm Central on Lifetime? What challenges do you hope to see?