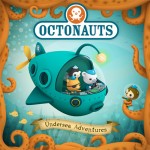 Octonauts, an animated TV series by Disney, is adorably perfect for my boys, who will turn two and five this April. My oldest loves swimming and visiting the beach, so he is very interested in the ocean and life under the sea. He enjoys the CGI animation that gives a vivid, “pop-up book” look as characters dive in and around the ocean flora and fauna.

Adventure shows are always a draw for my active boys, but we especially love watching the Octonauts, a team of eight lovable underwater heroes who find their way through deep waters exploring sea life, rescuing creatures in need and protecting the vital habitats that allow the ocean to keep its treasures safe.

The Octonauts blends fantasy with fact in a way that appeals to children. For example, in each adventure, Captain Barnacle Bears leads the crew away from the Octopod, their underseas homebase, to save an aquatic creature in need.  While the futuristic Octopod and its crew of intelligent, talking animals is pure fantasy, the show features real science too. During each adventure, children learn real facts about the aquatic creature in need, including its physical characteristics and clues to the habitat it lives in.

One of my favorite characters is Shellington Sea Otter, the nerdy sea otter scientist who enjoys field research and is easily distracted by rare plants and animals. I am a bit of a nerd, so I can totally relate to Shellington. Most of all, I love how he often saves the day with his vast knowledge of the ocean. I have always loved to learn, and I hope my boys will too.

Joining the Captain and Shellington are the following: Peso Penguin – the team medic; Dashi Dog who oversees the computer and base operations and loves photography; Tweak Bunny – the engineer and maintenance person on the fleet of futuristic vehicles called GUPs; Kwazaii Kitten – a pirate with a past; Professor Inkling Octopus – oceanographer and founder of the Octonauts; and, Tunip the Vegimal, a very special underwater creature who loves to bake.

Every episode features a  “Creature Report” (a musical segment about the featured creature and the rescue mission), which captures my music-loving two year old’s attention. My older son, who will turn 5 in April, relates most to Peso Penguin. Unlike Kwazaii, Peso never seeks out trouble. He shines most when someone needs help, and he loves his younger brother. My son’s favorite episode is “The Great Penguin Race,” which features Peso and his little brother. Peso’s brother thinks Peso is a hero and capable of winning the race against a much bigger and stronger penguin named Hugo. I won’t spoil the ending, but I will say that we’ve watched this particular episode many times.

As a mom, I love that the Octonauts helps kids learn scientific concepts such as navigation, mapping and ocean habitats. They come away with real facts to add to their knowledge base and they learn it in a fun and exciting way with adventure and growing affinity for interesting and fun characters to whom they can relate. But I’m most excited by how the Octonauts inspires creative play and sparks my son’s interest in visiting aquariums and learning more about the ocean.

My son loves learning about fish and sea creatures!

All I can say is: We are hooked!

INTERESTING NOTE: The show was actually Inspired by the Octonauts book series by Meomi. 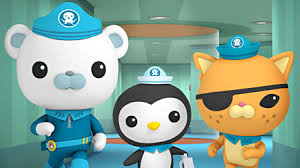 Disclosure: I am an Octonauts Blog Ambassador. This post is part of a sponsored campaign, but my review and opinions are my own.