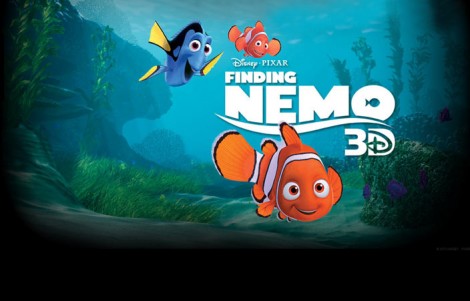 For anyone who has ever seen the beloved Disney Pixar movie, Finding Nemo, those words are delightfully familiar. Disney went above and beyond for this fantastic film, which was first released in 2003. The visuals of the underwater world of the Ocean are stunning and the story of a father in search of his son tugs at even the youngest of hearts.

For those who have not yet seen Finding Nemo, the story centers around Nemo, a young clownfish who is captured by a diver’s net after trying to defy his father, Marlin, during a school outing. Marlin, a single father fish, literally crosses the ocean in search of his son (going off of an address found on the diver’s dropped goggles), meeting many exciting and funny sea creatures along the way. One fish, Dory, tags along for the ride. Nemo is taken to a new home in a dentist’s office, making friends with the aquarium fish. But the question remains: Will Marlin be reunited with his son?

You have to watch the movie to find out! No spoilers here!

In September 2012, Disney released Finding Nemo 3-D in theatres. We had a chance to enjoy the Finding Nemo 3D experience live in the theatre, and believe us when we say it was worth 2 Fins Up!  We absolutely adore the original Finding Nemo. Seeing it come to life in 3D made it all the more beautiful. We also enjoy having the Finding Nemo 3D Blu-Ray/DVD to view at home on our 3D television.

For those with young kids, be aware that the 3D experience can be a little frightening, so be careful during the parts of Finding Nemo where sharks are present. Kids might find these parts more intense in 3D!

Disclosure: I was provided admission to see the movie. All opinions expressed are my own.