(Disclosure: This is a sponsored post via KidzVuz. All thoughts and opinions are my own.) 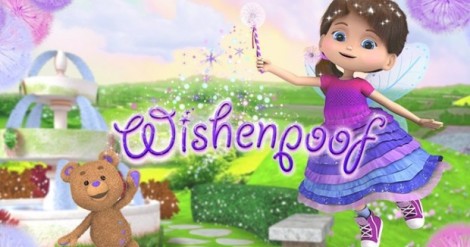 will be available for Amazon Prime members beginning on August 14th,  One of the perks of being a blogger is the chance to preview new TV shows, and my boys (ages 4 and 7) binge-watched the entire 13 episode run of Wishenproof during a recent vacation.

Created by Angela C. Santomero (Blue’s Clues, Creative Galaxy, Daniel Tiger’s Neighborhood, Super Why!), Wishenpoof is an animated preschool series that revolves around Bianca, a little girl with magical wishing powers. The positive message behind the show is that “with magic, or without, we all have the power to make good choices.”

Although Bianca has the magical power to fulfill her friends’ wishes, her family and her talking teddy bear encourage her to help her friends and to solve problems in her own creative ways rather than relying on magic.   While Bianca’s wishing powers enchanted my children, I appreciated how the show encouraged the development of essential social skills– especially “perspective taking.” “Perspective taking” may be a phrase you’ve heard from your child’s preschool or elementary school teacher. Although the phrase may sound intimidating, “perspective taking” is the “ability to see things from another’s viewpoint.” (This article by Education.com explains “perspective taking” for preschoolers.)

As I read with my children or watch TV shows, I try to encourage “perspective taking,” which helps them develop critical thinking skills and become more empathetic.  For example, “How would you feel if you were baby bear and Goldilocks ate your porridge?”  Episode 2 of Wishenpoof provides a “real life” example of preschool perspective taking. Bianca is playing horses with two of her friends. One girl was pretending her toy horse could fly when another insisted that horses don’t fly and “even babies” knew that. Understandably, feelings were hurt. This is the kind of thing that happens daily in preschool classrooms or during play dates. Although Bianca was tempted to fix her friend’s hurt feelings with some wishing magic, she came up with a non-magical solution that showed kindness and modeled how to be a good friend for young viewers.

My boys and I discussed the episode, and I reminded my boys about how one of my oldest son’s classmates was sad last year after another boy teased him for enjoying ballet. At the time, my son spoke up and said “well, I think it’s cool that you know how to dance. I wish I knew how” and noted that he saw dancing on TV and guessed those people “made a lot of money.” My son didn’t even realize that he had helped his friend feel better until I got an email from the other mother saying how much it meant to her son that my son spoke up– which stopped the teasing.  Mom brag time: It was one of my proudest moments as I had often discussed my probono work with anti-bullying campaigns such as #BeMoreThanABystander with my boys. While I hope they will succeed academically in school, I place a higher priority on the development of morals and being a kind person.

My boys enjoyed Wishenpoof, and I highly encourage you to watch when it debuts on Amazon Prime. Beginning August 14, Prime members can watch episodes of Wishenpoof ad-free with the Amazon Video app for TVs, connected devices and mobile devices, or online at amazon.com/wishenpoof at no additional cost to their membership. Customers who are not already Prime members can sign up for a free trial at amazon.com/prime. Wishenpoof will also be available as part of Amazon FreeTime Unlimited, the all-you-can-eat subscription service designed from the ground up for kids. FreeTime Unlimited is available exclusively on Amazon devices including Amazon Fire TV and Fire tablets, and a year-long subscription is included with every Fire HD Kids Edition.  My boys have a Fire HD Kids Edition, so I suspect they will rewatch some of the episodes once they are available in their FreeTime Unlimited app.