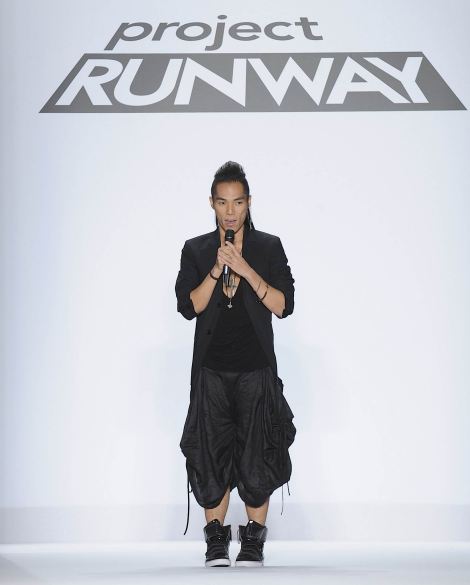 When I heard the spoilers that the winner of this season of Project Runway would be “unexpected”, and I took a peak at the final collections, I thought the winner would be Andy South, not Gretchen Jones.

Andy had an uneven season during the challenges but he had some interesting ideas and a really good eye.  Although he was known, in his successful moments, for an edgy, urban, warrior-woman style, he changed course and produced an ethereal collection that floated along the runway on a tropical mist of silver and green.

Despite Nina Garcia’s “orientalism” criticism, I think Andy drew upon Asian influences from many regions while integrating them into his own perspective. 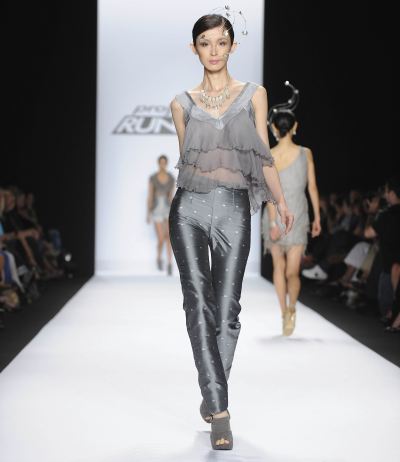 Although the collection was cohesive, it was a bit repetitive.  And the styling with the headpieces really did not do him any favors.  Waiting on fabric imported from Thailand, Andy seemed stalled.  He rushed through ten looks in two weeks.  If you missed the episodes, you can find them on MyLifetime.com.

This may be the mother in me, but after seeing his work on the show and speaking with Andy on the phone, I suspect Andy will improve with age.

We spoke with Andy on the topic of his limited palette, Internet buzz that he lifted patterns from a book, concerns about losing his aesthetic during the final collection, and how he has grown as a designer:

Candace Lindemann from Mamanista.com: In the finale, we heard you say that you grew a lot as a designer, can you describe more about how you feel you grew?

Andy South: My time on the show has been an evolution. Last night everyone saw a very refined look for me. For me, that happened over a month ago and I’ve already moved on from there. I’m already working on the next project. 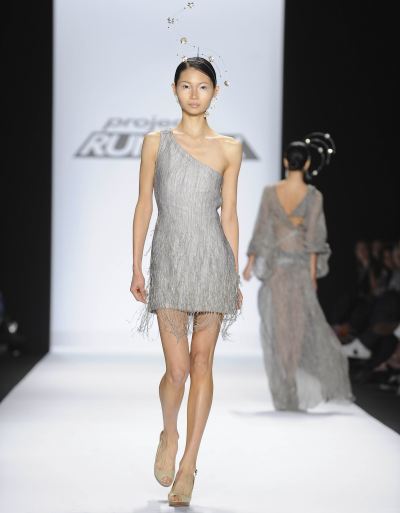 Candace: There are some questions on the Internet about how some of your more original and interesting designs closely resemble those from a book of techniques and patterns, to what extent were you influenced by materials like these during the design process? 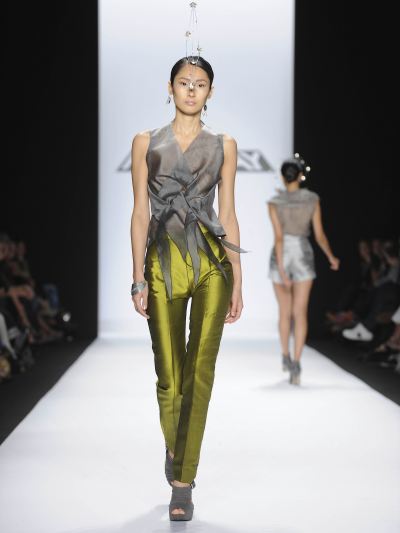 Louis from MovieLine: You had kind of an interesting up and down with the judges this season. What did you think of your collection going into the final week?

Andy: I loved it. That’s because I invested so much of my time into it. I did have kind of an up and down, a rollercoaster, with the judges and that’s always going to make you a little worried. It means you’re never going to really know what they really, really want. We all had ups and downs. But we all have to do something and stick to it and be proud of it at the end of the day. So, if you can represent yourself in a way that you can respect it, that’s all that matters.

Paulette from ET Online: When they told Michael that having a collection all in one color didn’t make it a collection, did you worry because so many of your pieces are in the same color?

Andy: I didn’t. I know that it was but it really didn’t cross my mind. I knew that I had a lot of the same textiles because that’s what came in from Thailand. That’s what I had. But I really wasn’t concerned about it at all. I thought it was beautiful done. 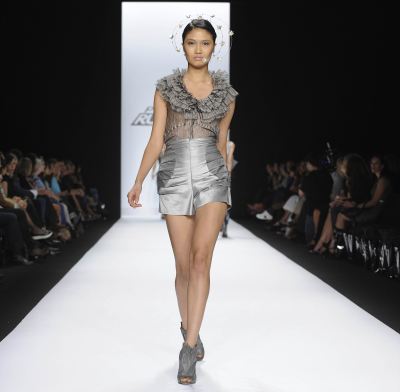